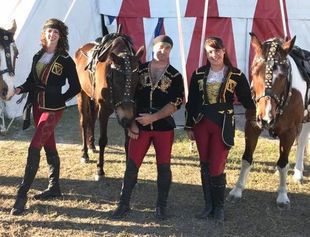 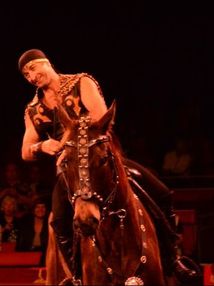 Lev is the leader of the Alanian Riders and is from Vladikavkaz, North Ossitia-Alania. Lev has been professionally performing since the age of 25. He has traveled all around the world performing everywhere from Russia to Japan, Mexico, and many countries throughout Europe. Lev came to the United States in 2002 to work in Cheval Theatre and then worked with the Gold and Blue units of Ringling Bros & Barnum and Bailey Circus. He continues his performing all across the United States with his horse, Lancealot. 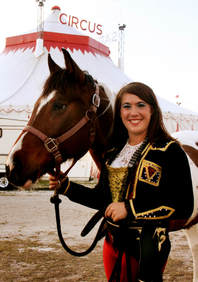 Ashley has been a member of the Alanian Riders since 2016. She is originally from the state of Pennsylvania and currently resides in Bradenton, Florida. She owns 3 horses, which are all used for acts within circus and rodeo. Magua and Dakota are her brown and white Roman riding team, and Axle is her miniature trick horse. Magua is also used as a Cossack riding horse as well. Ashley has been riding since the age of 8 years old and has been performing for the last 5 years.